Aspartic acid (Asp, D or aspartate) is one of the 22 amino acids found in proteins.

Like all the amino acids, aspartic acid has two functional groups: a carboxyl group (COOH) and an amine group (NH2). It has the following side chain: -CH2-COOH.

Aspartic acid is polar and dicarboxylic, making it the most acid of the amino acids.

Aspartic acid is not an essential amino acid, as it can be made by the body from oxaloacetate.

It is a urea cycle metabolite and is involved in gluconeogenesis and in the production of inosine, a nitrogen base precursor.

Aspartic acid is also a neuromediator which is less potent than glutamate. 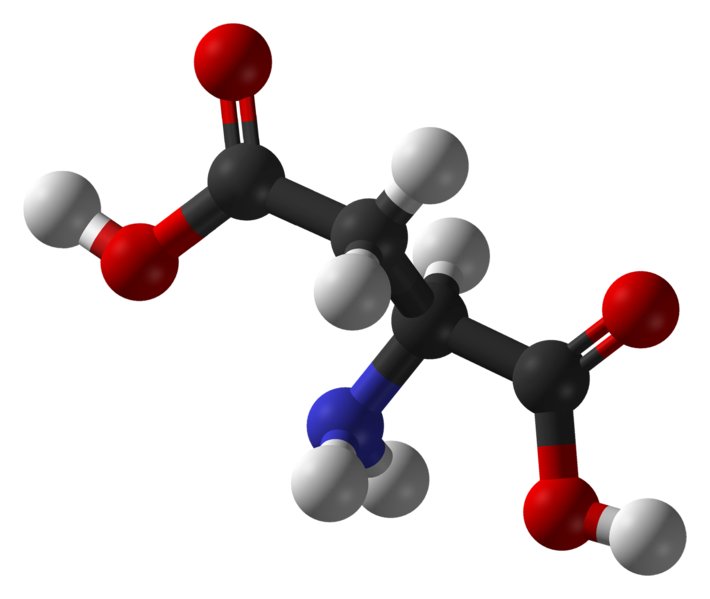 Aspartic acid is an acid amino acid (the carbon atom is shown in black, the oxygen in red, nitrogen in blue, and hydrogen in white). © Ben Mills, public domain