Aspartame is a dipeptide used as a sweetening agent.

Aspartame is two natural amino acids, aspartic acid and phenylalanine bound together. Phenylalanine is esterified by a methyl group, which gives aspartame its other name, methyl L-Aspartyl-L-phenylalanate.

Aspartame as a sweetening agent

Aspartame has approximately 200 times the sweetening potential of normal sugar (sucrose) (for equal masses). it is very widely used to sweeten foods (or drinks such as fizzy drinks) without adding glucose (or additional calories), which is important for people who are overweight or diabetic. This food additive (code E951) is now used in many products despite its very controversial suspected health risks. 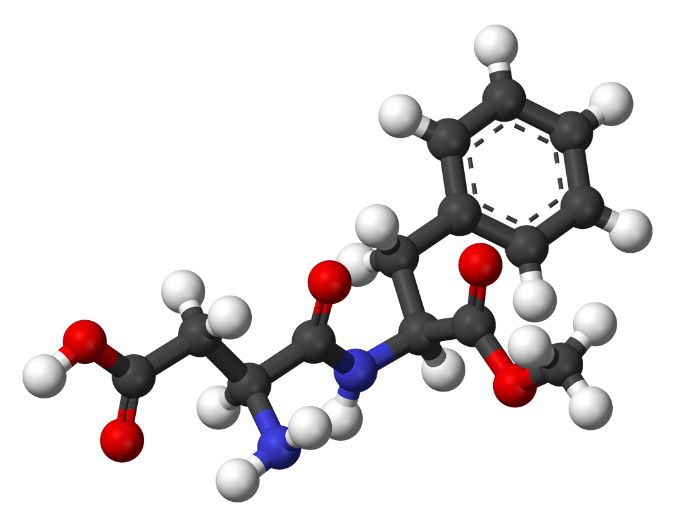 Aspartame is a dipeptide used as a sweetening agent.© Benjah-bmm27, Wikimedia, public domain