Asparagine (Asn or N) is one of the 22 amino acids contained in proteins. It was the first amino acid discovered, in asparagus, hence its name.

Like all amino acids, asparagine has two functional groups, a carboxyl group (COOH) and an amine group (NH2). It has the following side chain: -CH2-CO-NH2. Asparagine is a polar, uncharged, hydrophilic amino acid.

Asparagine is not an essential amino acid as it can be produced in the body from oxaloacetate.

Asparagine is used in the biosynthesis of ammonia and is involved in the correct functioning of neurones.

A reaction between asparagine and sugars at high temperature produces acrylamide, a carcinogen responsible for the grilled taste of food. 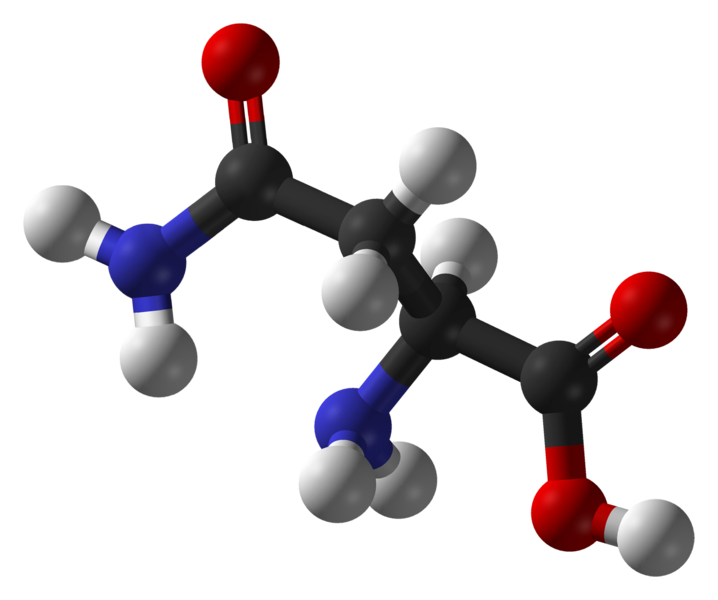 Asparagine is a polar amino acid (carbon in black, oxygen in red, nitrogen in blue and hydrogen in white). © Ben Mills, public domain