To achieve the objectives of SMOS (Soil Moisture and Ocean Salinity), theESA once again had to innovate by sending an L-band microwave interferometric radiometer (Miras) for the first time. Noteworthy fact: NASA has no equivalent mission. Traditional radiometric instruments would have required a 10 m antenna of a diameter that no launcher could have carried.

Built by Eads-Casa Espacio, Miras has three arms in a "Y" configuration and a central supporting structure. Once its arms have been deployed, the instrument has a span of 8 m in diameter and weighs 360 kg. It has 69 receiving antennas distributed along the three arms and the central structure. Using this instrument, the satellite has a 1000 km field of vision in which it carries out up to 80 different measurements. It makes fifteen revolutions of the Earth every 24 h and every three days will produce a complete map of the Earth's surface at a resolution of 50 km per pixel and a depth of one centimetre. 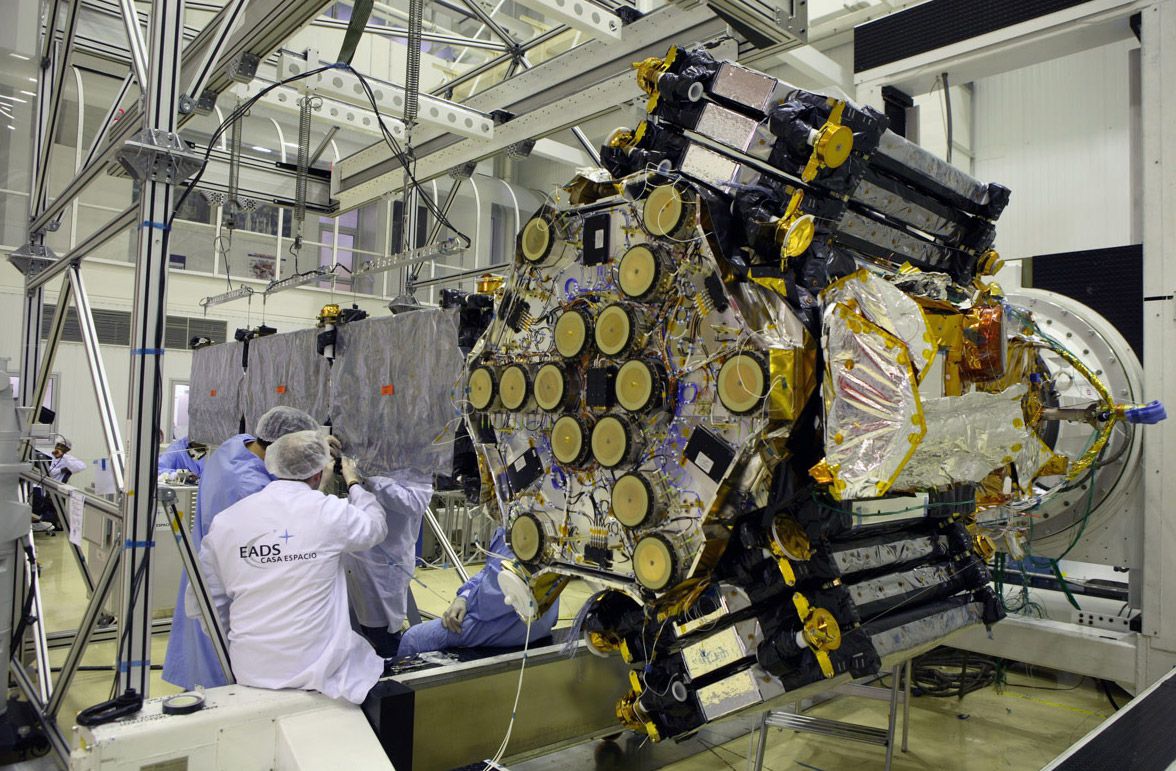 The MIRAS instrument has 69 antenna elements distributed over three extendible arms. The photo shows MIRAS with one of the three arms deployed. Credit Rémy Decourt