The Soviet space station Mir a word meaning "world" and "peace" in Russian) remained in orbit from February 1986 until March 2001. For ten years (until 1996) it grew as various modules were added, bringing its total weight to 250 tonnes, making it the biggest space laboratory. Around the main vessel, six modules were successively docked; these were to increase the inhabitable area and house scientific instruments.

The Mir station was at first supplied by Russian Soyuz and Progress cargo carriers, then from 1995 Mir was used by American astronauts and their shuttles following various Russo-American space cooperation agreements. Studies carried out in the Mir station were mainly on remote Earth detection, the measurement of X-ray emission spectra in astrophysics, the production of materials in space, and biological experiments.

The International Space Station (ISS) was born in September 1993, while Mir ended on 23 March 2001. The station disintegrated in the atmosphere and the pieces ended up in the south Pacific ocean. 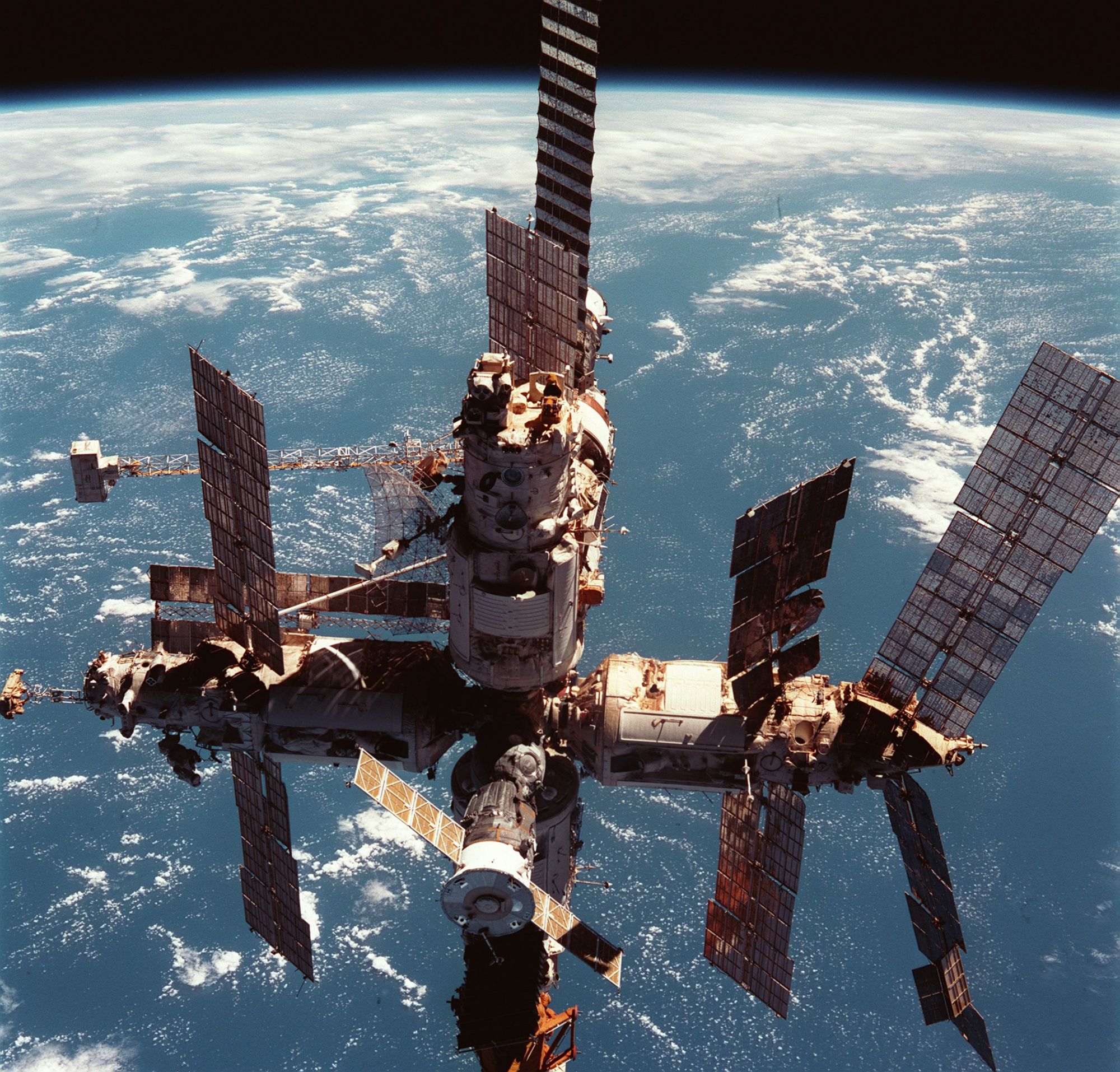 The Mir station photographed from an American shuttle in 1998. Credit NASA