A Lift augmentation system is a device installed on the wing of an aircraft to produce an increase in lift at a given speed. It is useful at low speed because it reduce the stall speed (the plane can fly more slowly).

It can be installed on the leading edge of the wing ("leading edge slats") or on the trailing edge ("wing flaps").

Uses of the lift augmentation system

There are several kinds of flap which can increase the camber (they are lowered) or the surface area (they slide backwards) or both (Fowler flaps). 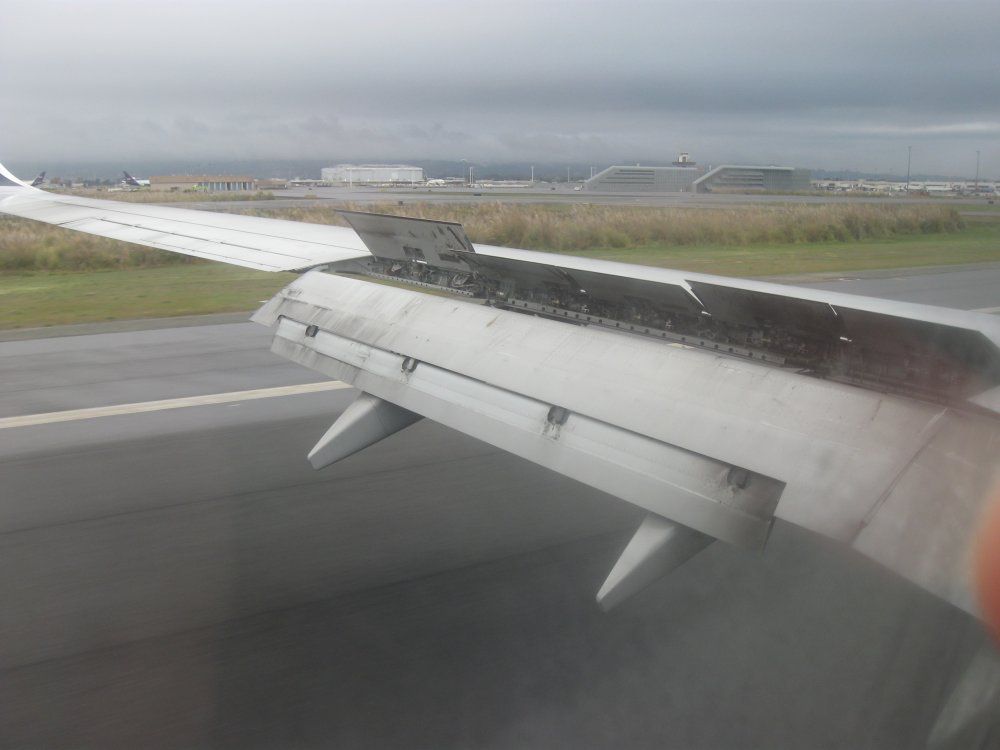 A lift augmentation device installed on aircraft wings. The flaps of an aircraft are lowered when landing. Here, they are lowered right down (landing position). They are also deployed towards the rear (Fowler type flaps). The mobile surfaces inclined upwards are air brakes (they increase the drag). © Derrick Coetzee/Flickr CC by-nc-sa 2.0