A jet engine is composed of a tube inside which are arranged, from front to back, a blade compressor in several stages, a combustion chamber on the same axis, a gas turbine and an exhaust nozzle.

On starting up, the compressor is driven by an electric motor and draws in air. When it reaches the combustion chamber at a certain pressure, the liquid fuel (kerosene) is finely sprayed into it and the mixture is ignited electrically. The expanding gas passes through the turbine, driving the blades and rotating the shaft which drives the compressor, thus ensuring that the engine turns continuously. The gas then expands in the nozzle, providing the engine thrust.

Turbojets are mainly used for high speeds (above Mach 2), e.g. in missiles, whereas for commercial and military aircraft, turbofans are used because they are more efficient at lower speeds. 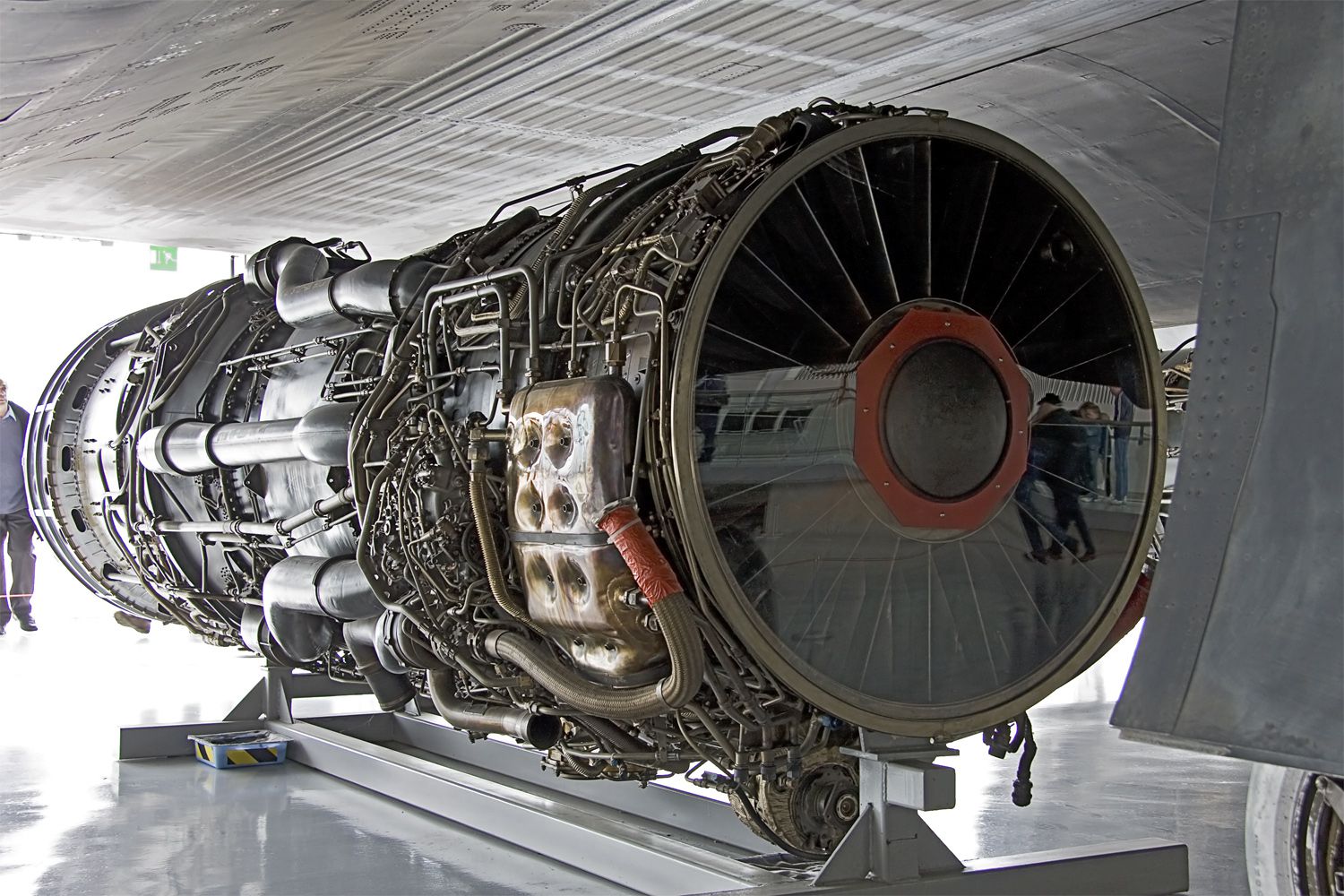